Are Christians Stuck With 3 Approaches to Cultural Engagement? 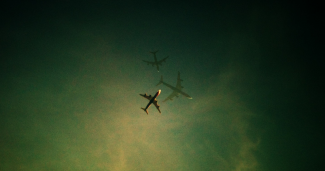 How are we to be in the world but not of it? How are Christians to live and engage, create and exchange, cultivate and steward our gifts and relationships and resources here on earth? Beyond getting a “free ticket to heaven,” what is our salvation actually for?

These questions are at the center of Acton’s film series, For the Life of the World: Letters to the Exiles, which begins with a critique of three common approaches to Christian cultural engagement: fortification (“hide! hunker down!”), domination (“fight, fight, fight!”), or accommodation (“meh, ok whatever”).

The framework comes from Pastor Greg Thompson’s paper “The Church in Our Time,” in which Thompson summarizes the paradigms as follows (bold emphasis added):

…Contrary to fortification, the accommodation paradigm suggests that the fundamental calling of the church is collaboration with the world in the service of the larger good. From this perspective the basic taskof the church is active partnership with its neighbors in the interest of social renewal, and the basic threat to the church is its own separatist tendencies.

Each stems from a legitimate theological starting point, but each also tends to falter, in part due to the typical confusions and conflations between the sacred and secular. In Thompson’s paper, he seeks to avoid these pitfalls, attempting to pave a “fourth way” forward by drawing on James Davison Hunter’s notion of “faithful presence.” In For the Life of the World, we see a similar but slightly different path, one framed around embracing a position of Christian exile and “seeking the welfare of the city.” Rod Dreher has been busy exploring yet another. And the list goes on.

But what if the answer is a bit simpler and sits closer to those three basic paradigms? What if the solution is less about disregarding this or that category and more about carefully orienting ourselves around a “both-and” or an “all of the above” perspective?

In a new series at The Green Room, Greg Forster offers this challenge, asking whether devising a “fourth way” (what-have-you) is the best way for the church to reflect and respond to all this. “Has any progress been made by this constant war of competing models?” Forster asks. “Or are we each just trying to build our own little kingdom around our pet option?”

Perhaps it’d be better to focus more directly on better discernment between our strengths and weaknesses and responding in turn. “Each of these types exist because it is responding to a real and important theological impetus,” Forster writes. “For this reason, each type has strengths that are theologically and missionally important. However, because each category tends to pay attention to its own pet concerns to the detriment of other concerns, each develops characteristic weaknesses.”

What if, instead of running around in circles trying to build a perfect church in the sky, we focused on the concrete models of godliness we find in other kinds of churches around us?”

What if a dominance-oriented church looked at the fortification church down the street and asked, “wow, they’re doing a great job calling people to holiness and discipling new believers out of their vices and spiritual enslavements. How can we look at what they’re doing and find a way to do something like it?”

What if that fortification church then looked up the street at the dominance church and said, “Wow, they’re glorifying God by taking a stand for justice in the public square, how can we find ways to do that?”

And what if they both compared notes with an accommodation church on how to serve the poor and contribute to the needs of the local community better?

It’s a helpful prod for our consideration, and I’m eager to see where Forster goes in the series. I have plenty of reservations about “settling” with or outright embracing this or that category, but even if you disagree that we’re “stuck” with these particular paradigms, the success of any “fourth way” theory or proposition is likely to hinge on whether it’s pursued with some level of self-awareness, honesty, and humility.

If we really are a “church in exile,” for example, how might we consider the practical ways in which we can relate to those more familiar methods of engaging? And how might we do so in ways that aren’t overly critical or dismissive of the downsides and take care to elevate the strengths? Further, Thompson and Forster are focused mostly on pastors and congregations, but as tricky as sorting through all that may be as congregations and communities and subcultures within the church, all of us can begin by applying this sort of strengths-and-weaknesses assessment on ourselves — on our own individual attitudes, perspectives, and preferred plans of action as it relates to cultural action.

As we cultivate healthy families, engage in economic activity, transform our cultural and governmental institutions, and pursue God’s glory in the economies of wisdom and wonder, where might our blind spots be? Where can we, ourselves, use a nudge in our day-to-day faithfulness and from which “competing streams” might we learn? It’s a question we’d all do well to ask.