Children Are a Gift to Civilization 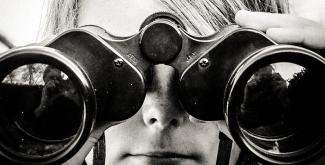 With our newfound economic prosperity and the political liberalization of the West, we have transitioned into an era of hyper consumerism and choice. This brings all sorts of blessings, to be sure. But it also brings plenty of risks.

Whether we’re drawn by raw materialism or a more basic idolatry of choice, such distortions will be sure to diminish or disintegrate plenty, but the deleterious effects on the family and children are particularly pronounced.

Throughout much of human history, children have been viewed as the brightest light in an otherwise bleak existence of poverty, toil, and high mortality. For those with little freedom, few resources, and zero opportunity, children were a blessing and a bounty: a gift (and not just for the labor).

The Idols of “Choice”

Now, however, presented with a range of vocational options and the wealth and leisure to support them, our priorities have significantly shifted. We are prodded toward career and education and adventurism first, teased by a platter of technological tools to further prevent a child’s intrusion into our planned prospects.

To no surprise, our attitudes and imaginations have shifted accordingly. Children are now spoken of through the framework of “choice” and “rights” or “happiness” on the part of adults. Rather than being viewed primarily as gifts, mirrors of God and blessings to civilization, they are wedged in after the fact, and only insofar as they support (or don’t interfere with) our personal plans, dreams, and desires. This framework of choice is more often noticed in our heated “culture war” debates about abortion or marriage, but the attitudes are no less evident in our discussions about immigration, career and vocation, wages and work, and environmental or economic sustainability.

Yet as Christians, we hold a particular view on such matters, one that ought not dilute and distort according to our culture’s ever-devolving philosophy of life. Hide it under a bushel, we musn’t.

We believe that every child is created in the image of God, filled with dignity, creativity, and eternal purpose — a destiny driven by the love of God, not the desires of adults. Children are not dangling and detached “add-ons” to be selected and applied in the service of individuals, “consenting lovers,” or the idols of hedonism and careerism. Neither are they budget drainers, nuisances, nor unwelcome distractors from My Lifelong Dream™. Children are gifts from God, poured out to civilization, and that includes you and me.

In a recent sermon, Jason Meyer summarizes the core of this perspective, applying it carefully to the wide range of issues we now face:

Just like parents have to teach children what has true worth, our heavenly Father has to teach us. God alone can teach us because he alone is the gold standard. God is infinitely valuable, which means we measure worth in relation to God. Animals have value because God made them. Care of creation is important because everything God made has value. Humanity also has value by virtue of being made by God, but we have greater value because we are made in the image or likeness of God, not the image of monkeys.

As John Piper has said, “What would it mean if you created seven billion statues of yourself and put them all over the world? It would mean you would want people to notice you.” God did that — he made mankind to mirror himself.

When we grab hold of this truth, it has an impact on every sphere of stewardship, whether in family, business, education, or policymaking. “[It] means that we don’t have value based on contributions we make to others,” Meyer says. “We have value based on being created by God.” It means that we approach child-bearing and child-rearing through the lens of a Creator other than ourselves.

Herman Bavinck reminded us of the same, writing over 100 years removed from our own problems of modernity:

The family is no fabrication of human hands; it is a gift of God, bestowed according to his good pleasure. Even though the family has existed for centuries, we cannot create a likeness; it was, it is, and it will continue to be a gift, an institution that God alone sustains.

Furthermore, the family does not consist of a number of empty forms that we need to fill, but it is full of life. The husband and wife, coming from differing families, each contributes their own genetic makeup, tradition, nature, character, disposition, and life. And each child born to them is a member of humanity, a person with capacities like those of everyone else, and yet distinguished from all those others, whose relation is close or distant, with a unique existence and character. A wealth of relationships, a multiplicity of characteristics, a treasure trove of gifts, a world of love, a wonderful intermingling of rights and duties—all of these, once again, are brought together not by human determination but by God’s sovereign determination. A novelist, a playwright or poet, can portray a number of types, but exhausts the choices available; the characters described in subsequent works are often copies of what has appeared already in his earlier work. But there is no end to the variety present in real people; for what is involved is an almighty, omniscient, creating power. For that, the family is the primary and preeminent revelation.

Integrating that view with the expectations and priorities of modern liberalism is bound to look a bit strange: like prolonging that backpacking trip to Europe, saying “no” to that unpaid internship, or saying “yes” to having, say, more than 1 or 2 children.

But full of flourishing and overwhelmed by blessing? Yes, indeed.

For more, see Herman Bavinck’s The Christian Family and The Economy of Love